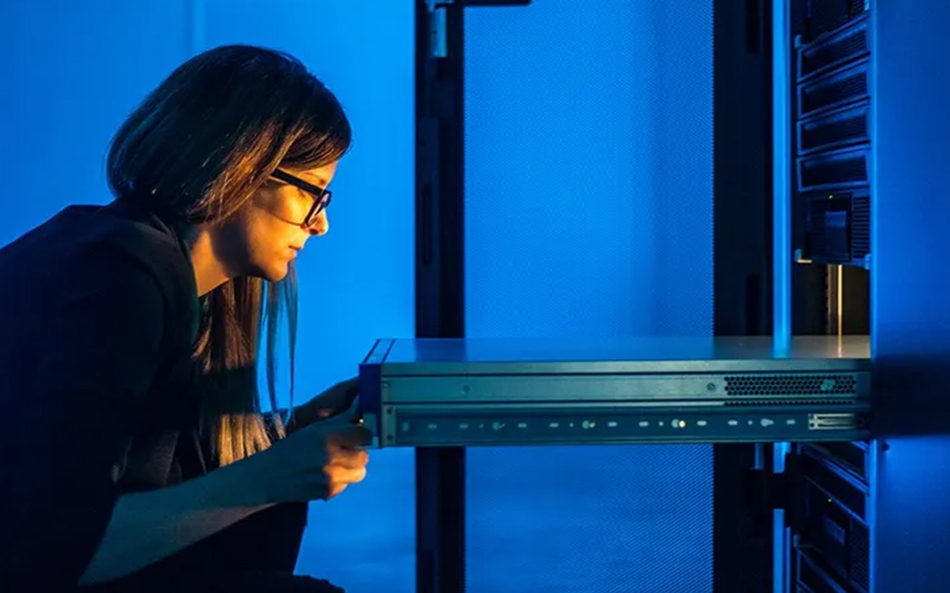 Decisions, especially regarding network purchases, are rarely cut and dried. Aside from the belief that Moore’s law will continue to drive higher and higher capacities (and even that must eventually come to an end), there are very few certainties. When it comes to equipment, like servers, routers, switches and optical transceivers, the decision between buying cutting-edge equipment versus pre-owned is not as simple as some make it seem.

People in general, and engineers specifically, are drawn to new toys. I always have been, which is how I ended up in technology. When it comes to justifying the increased price of next generation equipment, we tend to talk in terms of future possibilities. And that’s the difference between buying new versus pre-owned equipment, isn’t it? The former is an investment in what we hope to get, the latter is an investment in what we know.

While you might not get style points for buying a pre-owned server or switch, you stand to benefit in other ways. Here are three big ones:

According to the 2019 IT Outage Impact Study, by LogicMonitor, a hardware/software failure is one of the two most preventable causes of network downtime. The typical failure rate for new equipment out of box is between 2%-4%, while used equipment purchased from a reputable company has a failure rate of less than half of 1% (.005). The reason? If a piece of equipment is going to fail, it will typically do so within the first 90 days. By purchasing certified pre-owned equipment, network managers ensure that these components have passed the initial burn-in phase. The advantage goes straight to the bottom line. A network that purchases 100 new servers or switches can expect to suffer two to four equipment failures within the first 90 days, with each failure costing about $5,600 per minute, according to a 2014 study by Gartner.

Next generation equipment carries a price premium between 65% to 85% compared to certified pre-owned. A big portion of the higher cost is due to OEMs trying to recoup the cost of developing new features. Yet, as the network evolves and legacy systems mix with newer technology, the hybrid environment often prevents the new features from being fully implemented. Short of a complete forklift upgrade, the network may never fully realize the benefit of the premium features before the next “must-have” feature is released and the existing equipment is retired. Not only is pre-owned equipment significantly less expensive, it doesn’t force customers to gamble on realizing a return on these features.

Any new product release is prone to bugs; the more complex the technology, the more bugs there are to work out. Issues in a particular OS version or platform can take 12-18 months to resolve as problems are identified through the user-OEM feedback loop. Therefore, bug patches and fixes are typically released months or even years after the device has been in production. Buying pre-owned allows you to avoid being the guinea pig. It also eliminates the need to de-install older hardware, configure and install the new hardware and retrain staff on a new OS and maintenance requirements. Being an early adopter may be exciting but being a late adopter is safer and less costly.

“What does my network need?”

This is not to suggest that purchasing next-generation equipment is inherently wasteful or unwise. When it comes to supporting initiatives such as migration to higher speeds or a need for greater port density, often the only way forward is to invest in new technology. New or used, regardless of the decision, it should be the result of rigorous analysis and informed by all the options. This means setting aside all pre-conceived notions and asking “What does my network need?” not “What do I want?”